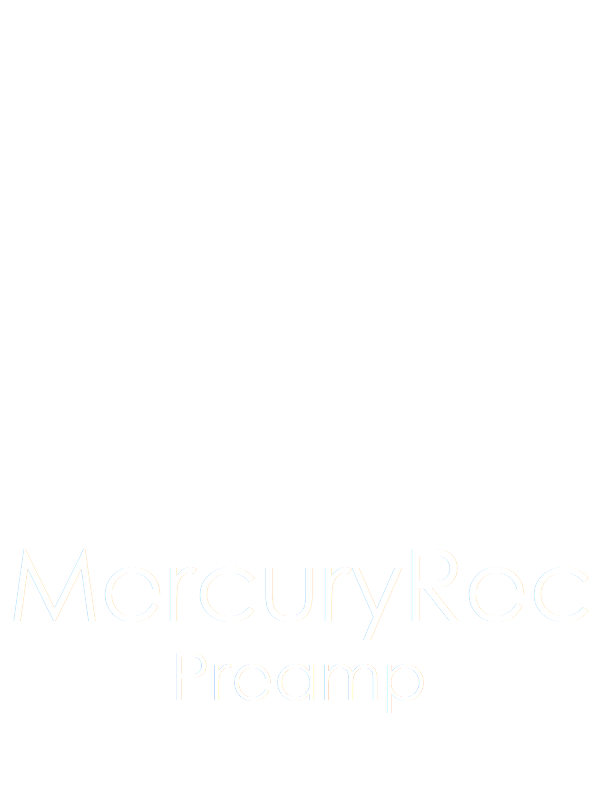 Rectification from Another Planet

MercuryRec is a highly accurate reproduction – developed with DiBiQuadro proprietary technology – of a preamp famous for its rectification modes, which is, despite of its undisputed reputation in the Heavy Metal environments, capable of nearly any possible musical style. With the original amp being used on countless of records and many genres, in the same way MercuryRec can cover a wide variety of tones: from Blues and Fusion, to Hard Rock and of course Metal.

MercuryRec is not just a simple replica of the 3 channels version but instead a “2 Channels + 1”: the high gain Vintage and Modern schematics recreate the old 2 channels vibe while the Clean is taken from the more recent 3 channels models.

Engage MercuryRec with the certainty that you are getting the same nuances of the real thing in the digital domain, and keep in mind: with the additional tweak section that only DiBiQuadro provides you can add a unique touch and finally get your very own personal sound!

The perfect approach to circuit modeling

Non plus ultra: the extreme limit that cannot be crossed by anyone. From post-classical Latin non plus ultra was the inscription on the Pillars of Hercules (Straits of Gibraltar).

MercuryRec features the same built-from-scratch 64-bit engine used for SaturnLO which is based on general purpose hi-quality algorithms and the most recent non-linear models. Particular attention has been put on the definition of the Non Linear Solver to get the maximum quality and realism, without losing details in favor of performances (Double-Precision Non-Linear Computing).

Our non-plus-ultra reproductions bring a completely new philosophy to the table: being able to shape your tone by giving total access to the circuit components. Managing each gain stage level, shaping the tone-stacks or modifying the tubes characteristics: there is virtually no limit to what you can achieve with our plugins! 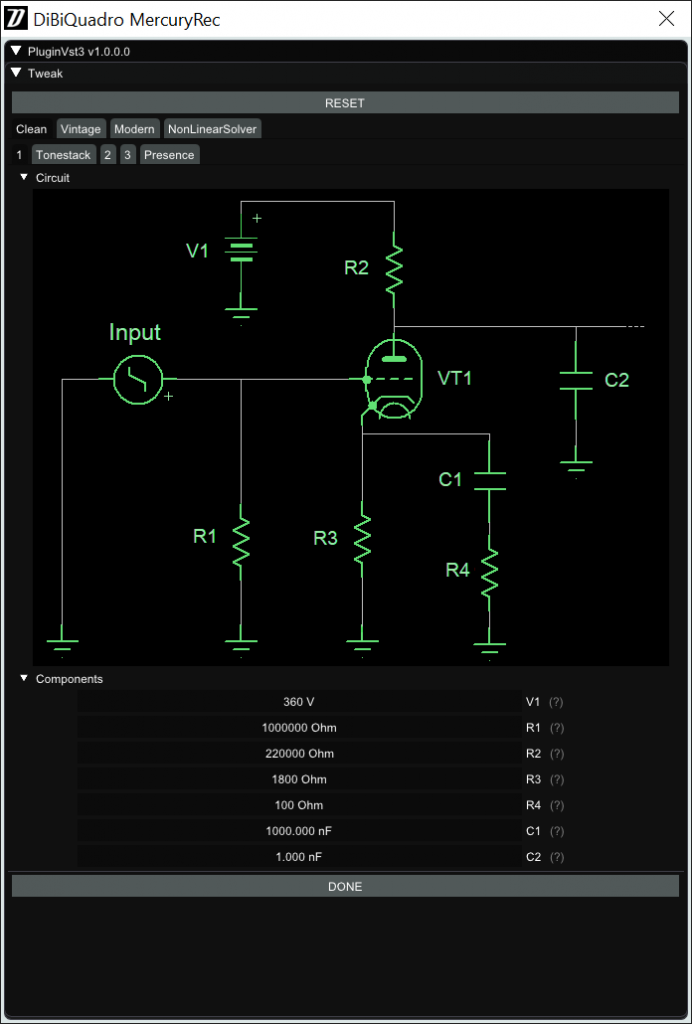 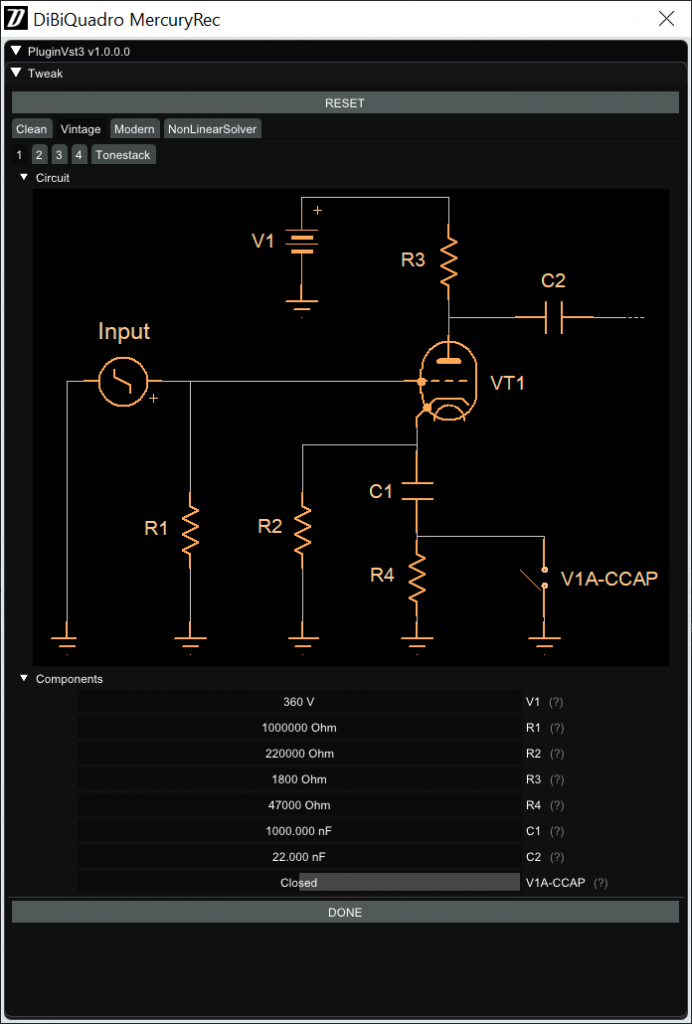 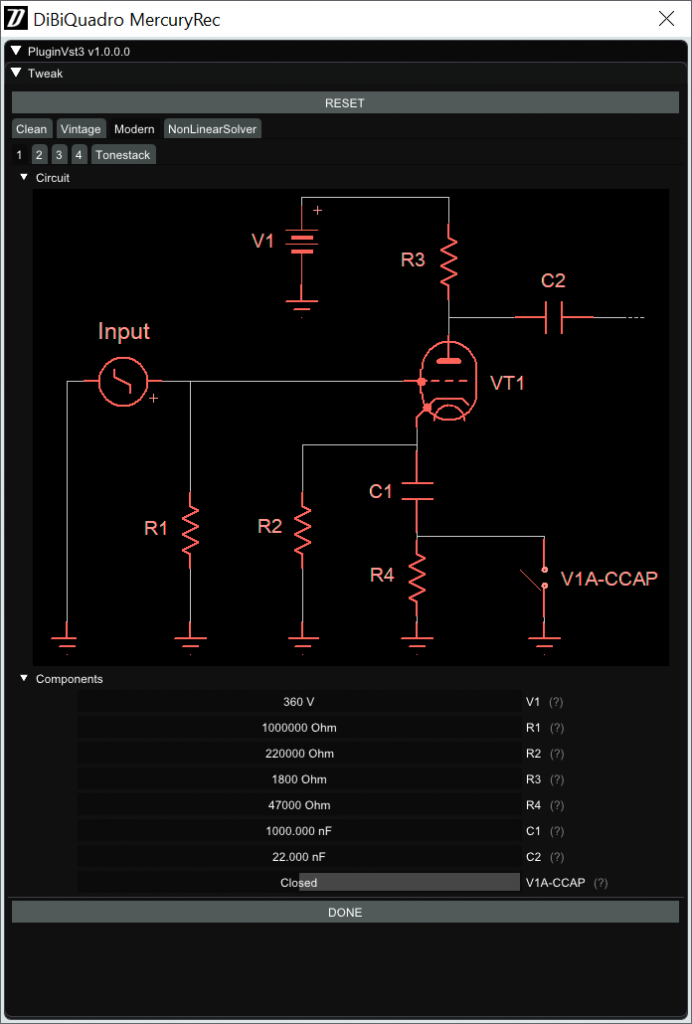 We put great passion to get the perfect representation of the hardware. If you don’t trust our words, then trust your ears.

These samples are the result of some DI tracks, MercuryRec (or its hardware counterpart) and (for the crunch/hi-gain samples) a N4 library reproducing poweramp/cabinet/mic/mic-preamp. No LPF or HPF. In some there is a small EQ adjustment, anyway the same EQ setting has been applied to both MercuryRec and the original hardware.

The Renderer is a stand-alone application to process an input wave file in OffLine mode. It can be invoked via command line too. Its purpose is to render long and processing demanding configurations (e.g. high upsampling).

The graphic engine has been designed with a purpose in mind: keeping a clear indication of the status of the elements without altering their 3D rendering on the scene. Tooltips serve this purpose perfectly especially when dealing with knobs status. A typical approach to this problem would be to compress the height of the knobs trying to prevent the user to commit parallax errors. As a side effect the graphic designer would be forced to take into account this constraint by limiting the 3D depth of the scene.

Another good reason to use a tooltip-based approach is to allow the update of the knobs status by using an Edit Mode.

When using a state-of-the-art system – see minimum requirements in the product webpage – the GUI is able to deliver more than 60 FPS at a reasonably low CPU usage for a super fluid knob tweaking and a hyper realistic meter response.

MercuryRec is distributed for Windows 64-bit and MacOs 64-bit Intel and Arm (Apple M1), in 2 formats:

We strongly recommend to demo the 15-days trial version before making any purchase. Requirements are reported in the table below.

Formats and operating systems different from the ones specified above are not supported yet.

MercuryRec can be used on the most popular DAWs (digital audio workstation) supporting VST3 format.

Here is a list of the DAWs on which MercuryRec has been tested:

To install/authorize MercuryRec please use DiBiQuadro Center. If you have any issue please contact us. 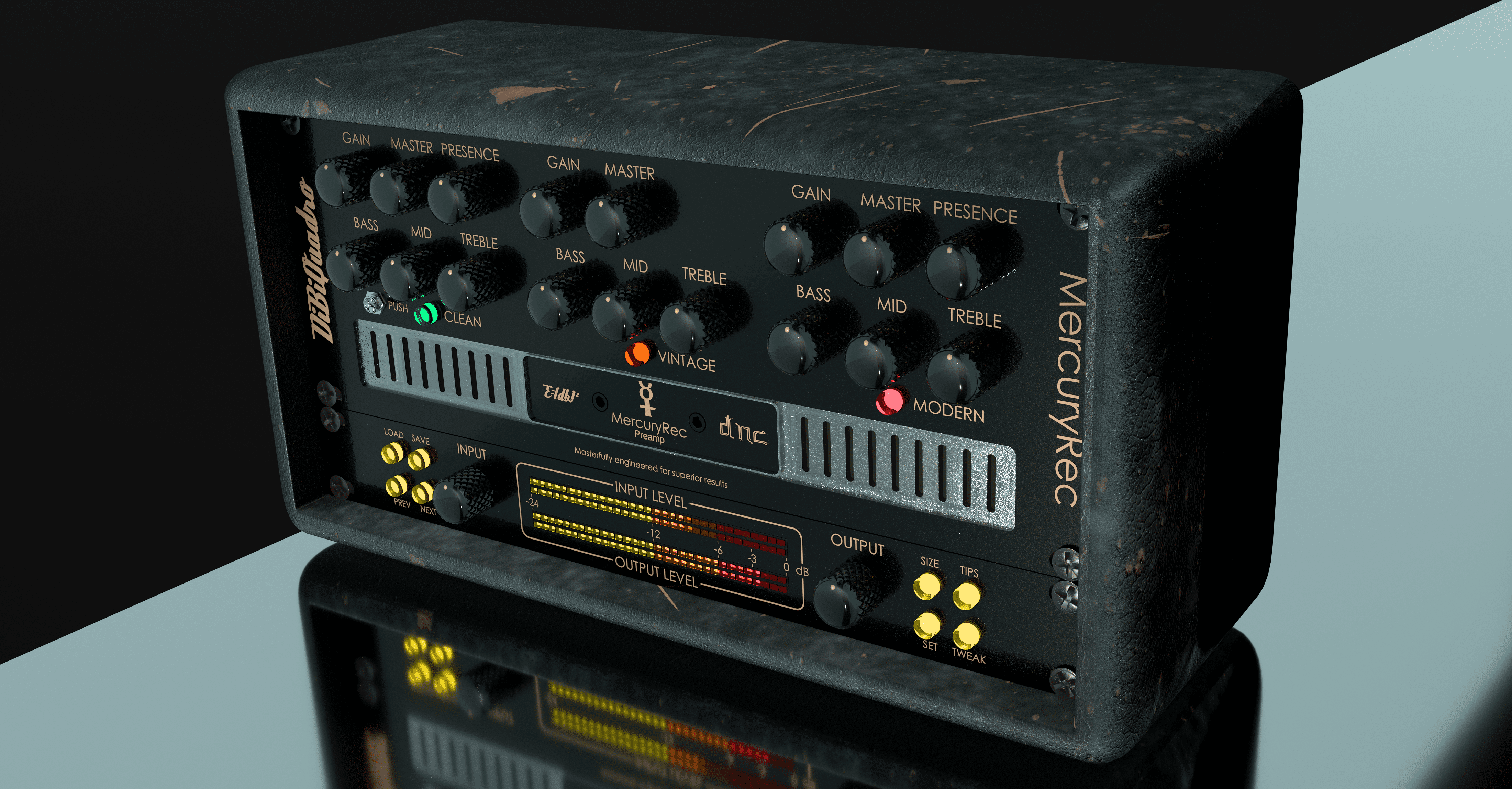 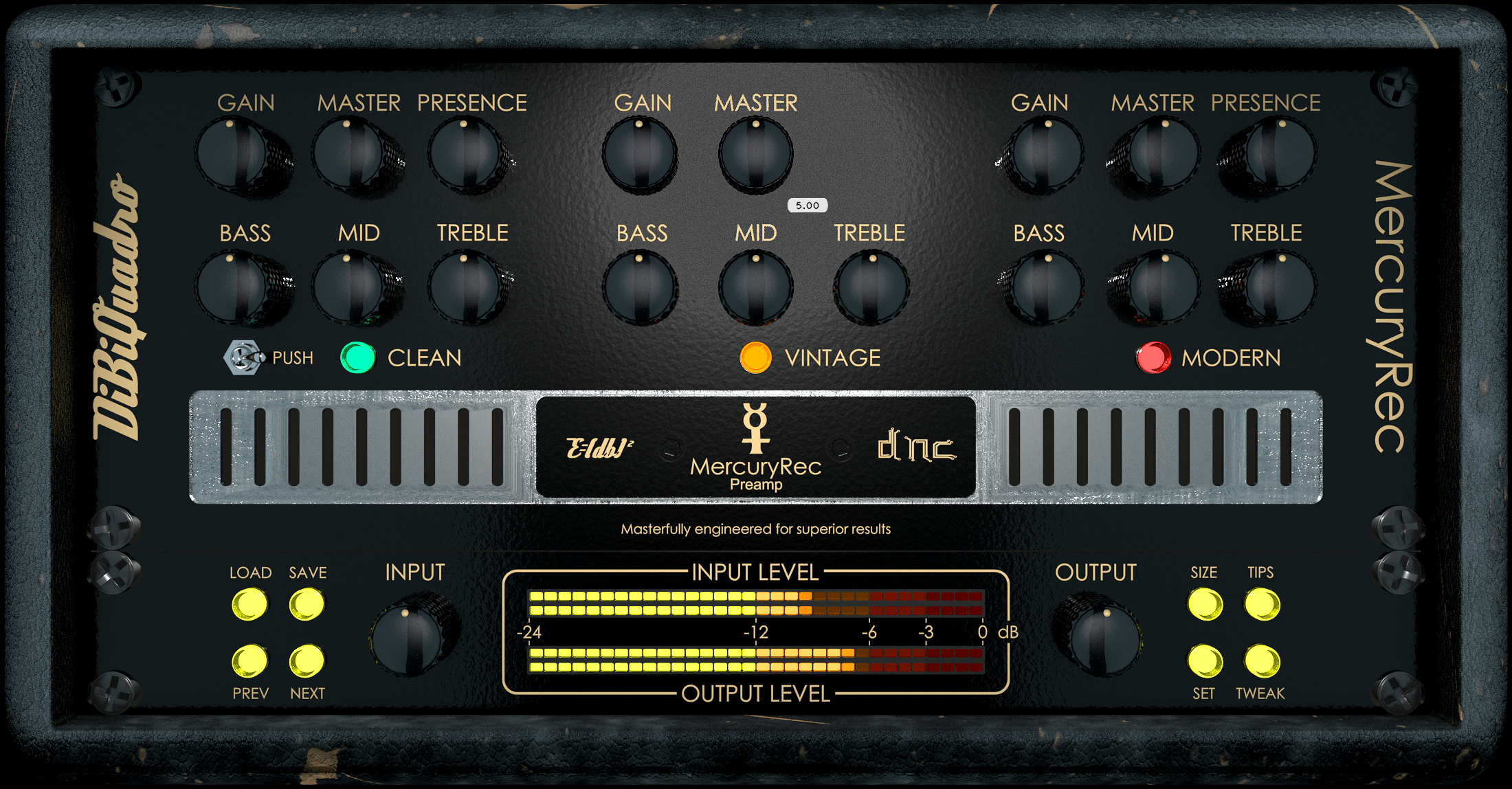 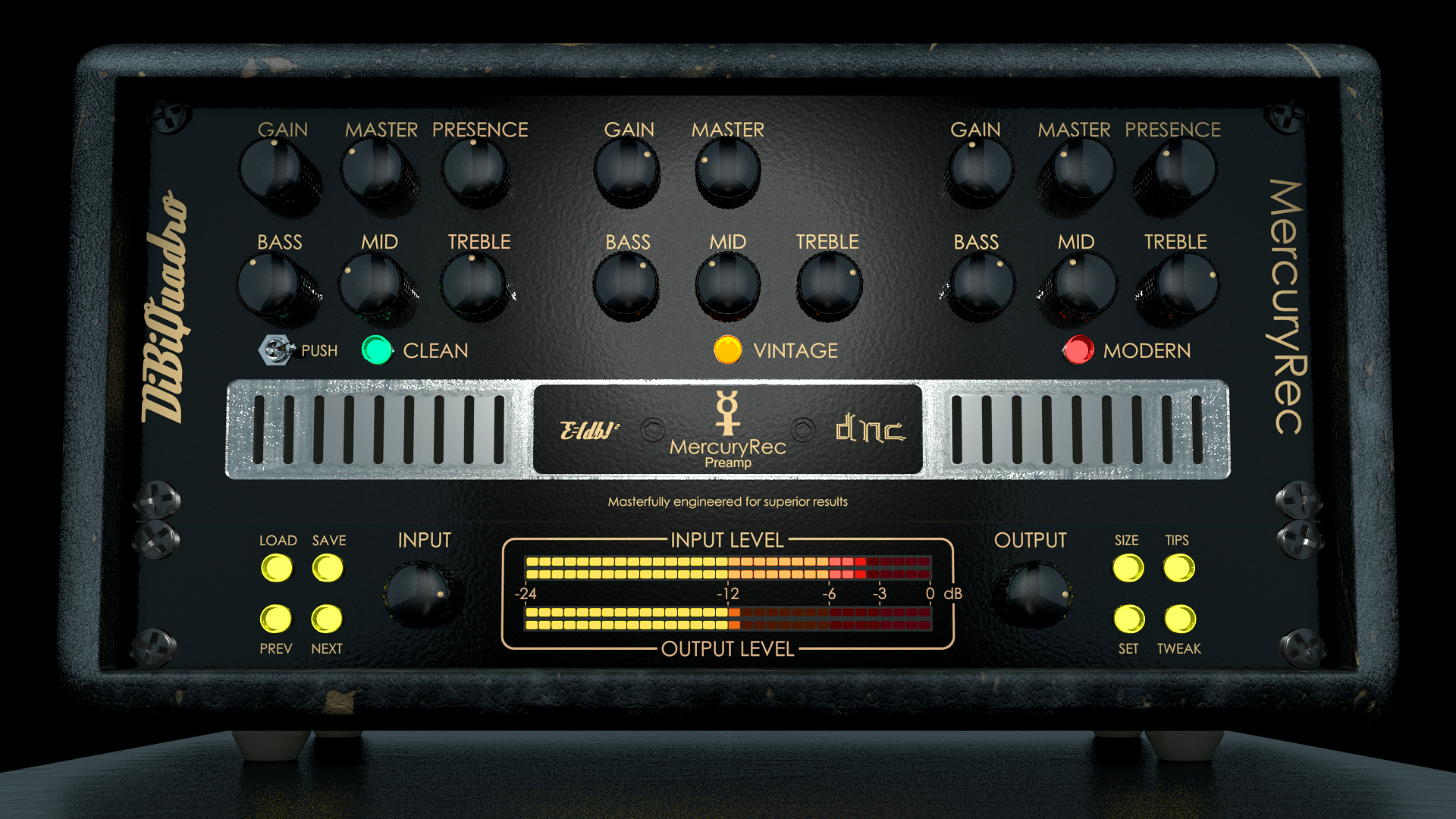 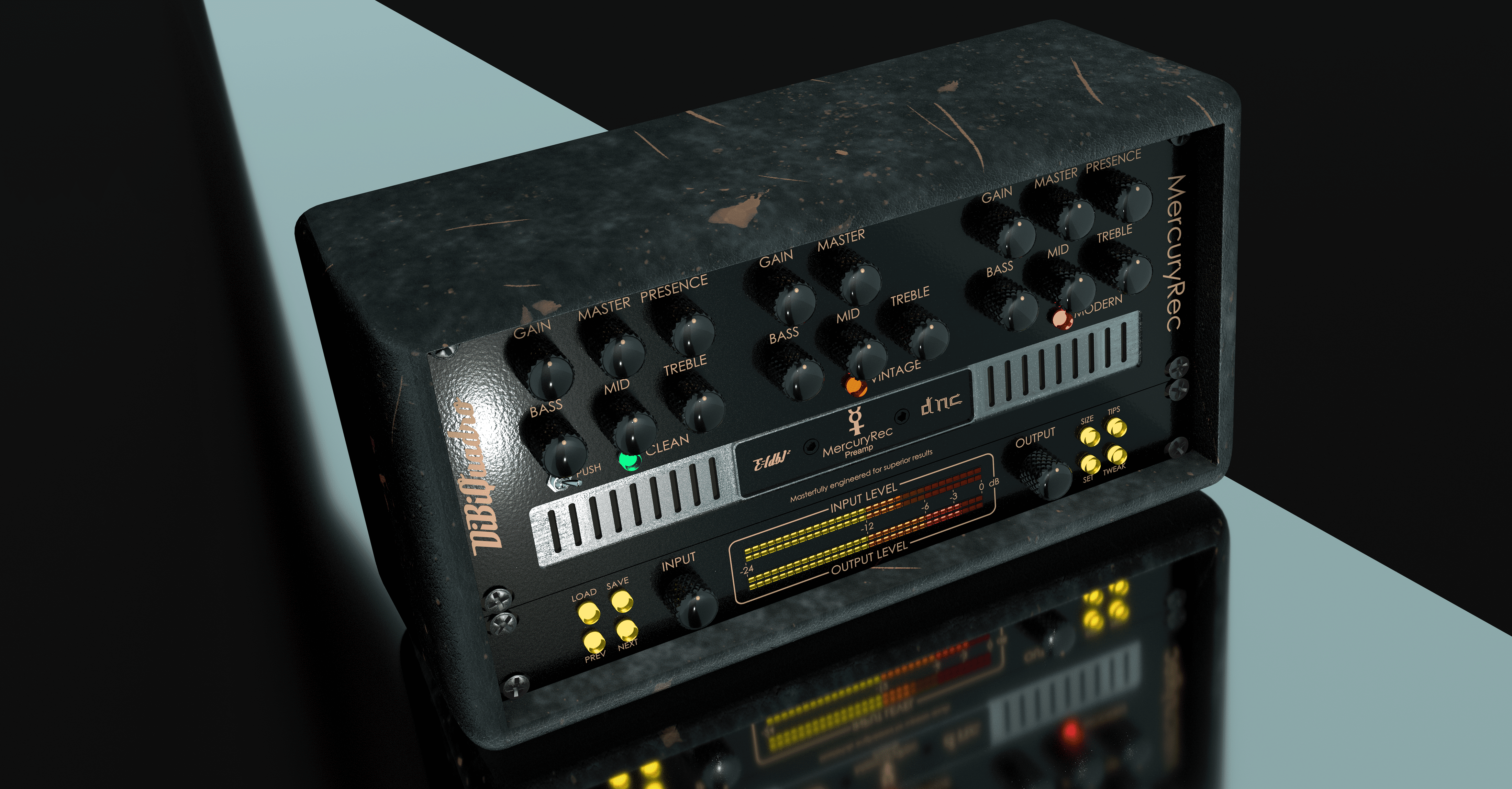 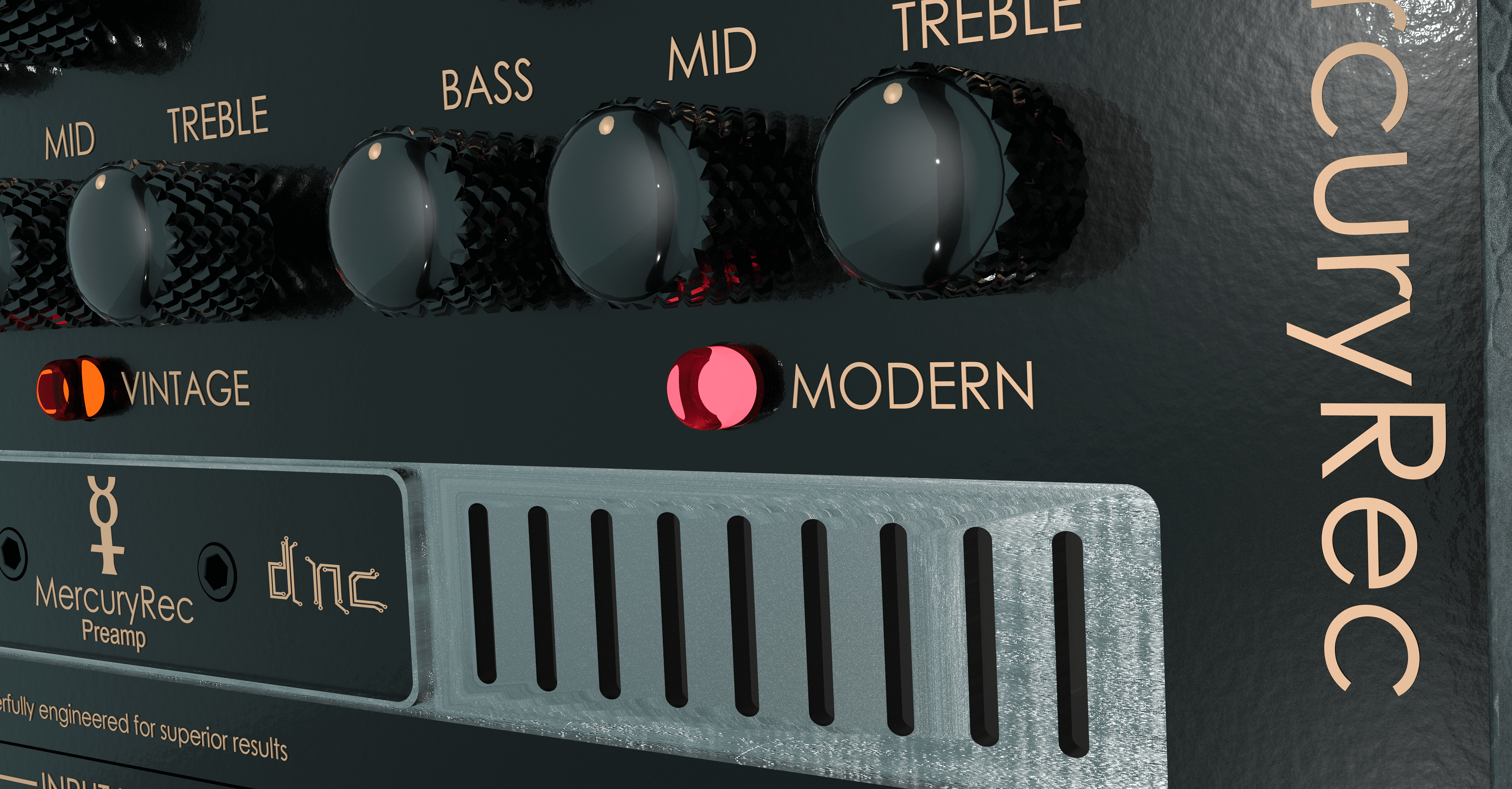 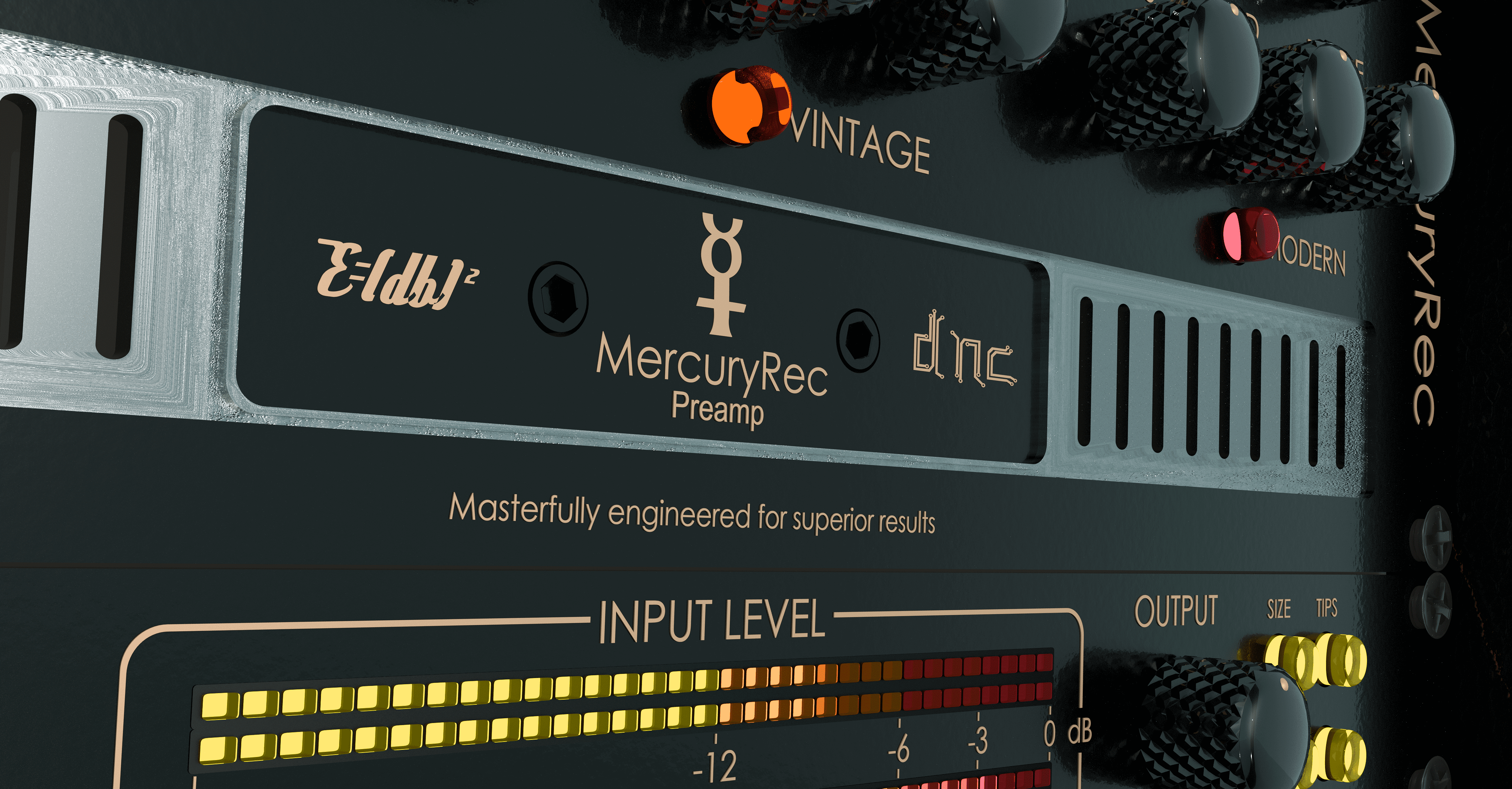